History of the School

After the French revolution the Holy Family Association founded by venerable Pierre Bienvenu Noailles in 1820, spread rapidly in Europe. Before his death at the request of Bishop E. Semeria our Founder had approved a foundation in Sri Lanka. After his death on 8th February 1861, a band of six valiant young women with passionate missionary zeal launched out on a very tedious journey with Bishop E. Semeria to Sri Lanka. They were the first women religious in our country and they arrived after 2 months of tedious sea voyage. On 2nd Nov. 1862 they arrived in Jaffna.

1848 – The English school was shifted to in the premises where the Rest House stands in 3rd cross street, Jaffna, under the supervision of Mrs. Mary Anne O’Flanagan, wife of an Irish military officer.

1862  – The pioneer band of six Holy Family nuns from France arrived in Jaffna on 2nd Nov. 1862. In 1863 January Mrs. Flanagan handed over the Jaffna Catholic Girls’ school to the sisters of the Holy Family. Mother Helen Winter became the first Principal.

1863 – The boarding was started for the school children.

1864 – Foundation for Holy Family Convent was laid by Bishop Semeria on May 24th 1864. Two teachers and students were affected by cholera.

1870 – Holy Family Convent School was moved to the new building.

1920 – Centenary of the Holy Family Foundation was celebrated on 26th May at HFC Jaffna.

1922 – Two students from Holy Family Convent were the only ones who passed the Matriculation in the North. In addition to academic studies Home Science, Physical education and needle work were also taught as well as Aesthetics like Art, Music, Singing and Dancing.

1932 – A big two storey block with 12 spacious class rooms and a stage became a reality. The school moved into the new premises. Students were sent up for Junior and senior Cambridge examination and the results were excellent.

1936 – The London Matriculation class was started and pupils passed in the 1st division.

1937 – Mother Loyola retired and was replaced by Mother Evangelist, a marvellous Latin teacher and a strict disciplinarian. During her period the School progressed by leaps and bounds, and the girls started to in her time the second two storey block was put up.

1951 – Mother Josephine Tynan succeeded Mother Evangelist as principal. An excellent teacher in English, English Literature and History she guided the school with wisdom and energy. The school was upgraded and became one of the leading institutions in the Island. She started the House System, Band Group and Old Girl Association.

1960 – Ceylon Government takes over the schools in the Island.

1970 – Mother Josephine gave our school anthem as a farewell gift and Sr. Martina, the first native who succeeded as principal was a gentle but a capable and efficient nun.

1977 – Due to the financial strain of running the private school, the Management decided to hand over  to  the Government and Holy Family Convent English School started to function as a Government School.

1979 – The junior netball team was the runners up in all Island.

1988 – Sr. Yolande Mathias took up the duties as Principal of the school. Her period has been a period of turbulence due to the ethnic war. The school had to be closed for several months in 1990, 1995& 2000 – due to the displacement of the population in the Jaffna Peninsula. The school functioned temporarily at Manipay and Mirusuvil.

2002 – Amalgamation of the Tamil Convent Mahavidyalayam with Holy Family Convent. The primary department functions on these premises.

2010 – During Sr. Thusnevis’s period, the school was upgraded as a National School on 05.08.2010. A “school exchange” programme gave a new opening to the school. We welcomed a group of senior students of St. Francis de Sales English School New Delhi, India. The students were accompanied by the Principal Rev. Fr. Milroy and a senior member of his staff, Mrs. Monica Part of their programme was to gain them an integrated knowledge of the Country. Its peoples their customs and their cultures. In response to the Indian invitation some senior students (A/L) accompanied by Sr. Thusnevis Ladislaus and a senior teacher, Mrs. Jebaratnam went to New Delhi. The group was warmly welcomed by Rev. Fr. Milroy his staff & students. They were greatly enriched by this exchange programme. The exposure to the diversity and the unity which is a special characteristic of this vast subcontinent impressed them in a profound way.

Quotes For This Week

“Start where you are. Use what you have. Do what you can.” 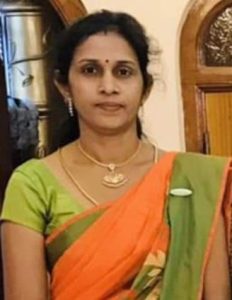 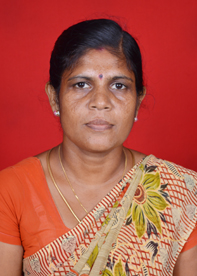